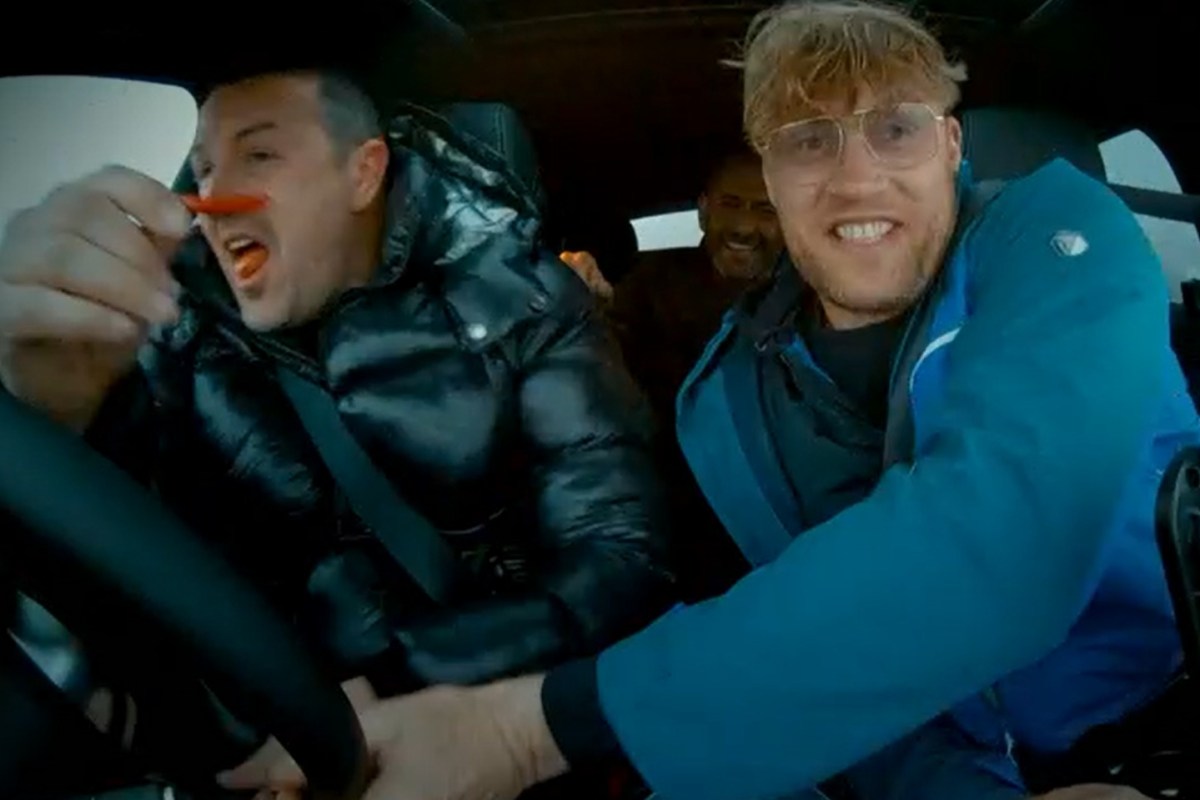 Top Gear FANS went hysterical as Paddy McGuinness screamed in pain and lost control of a car as he swallowed a chili.

The presenters took to a race track to compete in a lap time trial with a twist – driving while eating the hottest chili peppers in the world.

In the Sunday night episode of the BBC series, Paddy, 48, joined his co-hosts Freddie Flintoff and Chris Harris for another driving challenge.

The stars were challenged to find the future of caravanning, harnessing electrical energy to make their trip as environmentally friendly as possible.

The trio faced off in a time trial, racing electric cars – and while eating some of the hottest peppers in the world.

“Which electric car has the spiciest performance?” Former cricketer Freddie, 43, introduced the segment. “To find out, it’s time for a few hot laps.”

It was revealed that starting with jalapeño, the team would gradually move up the Scoville heat ladder to the hottest chili in the world.

And while they ate, they had to take a lap against the clock in an attempt to beat their respective times.

The winner would not only be the man with the fastest time, but who would manage to avoid using the milk and yogurt provided when the heat got too hot.

Chris, 46, was the first and managed to complete his time trial in an impressive time of four and a half minutes despite eating a whole chili.

Paddy was next, having his co-hosts laughing out loud as he admitted, “Oh my God! I’m a Korma chicken man in my house!”

Paddy left after taking the first bite of the chili – the lowest on the heat scale – but that has already proven to be too much for the TV host.

Freddie, sitting in the passenger seat, screamed when Paddy lost control of the car and took his hands off the wheel, seeing him sway back and forth.

“Keep your eyes on the road, Pad!” The cricketer yelled as he leaned over and took control of the steering wheel to keep the car on the track.

Desperate to win the race with speed, Paddy put his foot down and let his friends get knocked over as he picked up the pace.

Bird’s eye chili was next, and things turned from bad to worse for Paddy who started screaming in pain and grabbing Freddie.

“Drink up! Drink up! Freddie yelled at him as he removed his hands from the steering wheel and began to unbuckle his seat belt as he writhed in pain.

Crossing the finish line, Paddy quickly swallowed the milk that had been handed to him before spitting it out on Freddie’s lap.

Fans went hysterical and took to Twitter to share their love for the racing scene, calling it “hilarious.”

“Busy pissing on me on Top Gear,” one woman wrote, as another viewer stepped in, “So funny. It’s been a long time since I laughed out loud like this.”

A third concluded: “Loved it. Hilarious. In this climate, a good giggle is exactly what I ordered.”