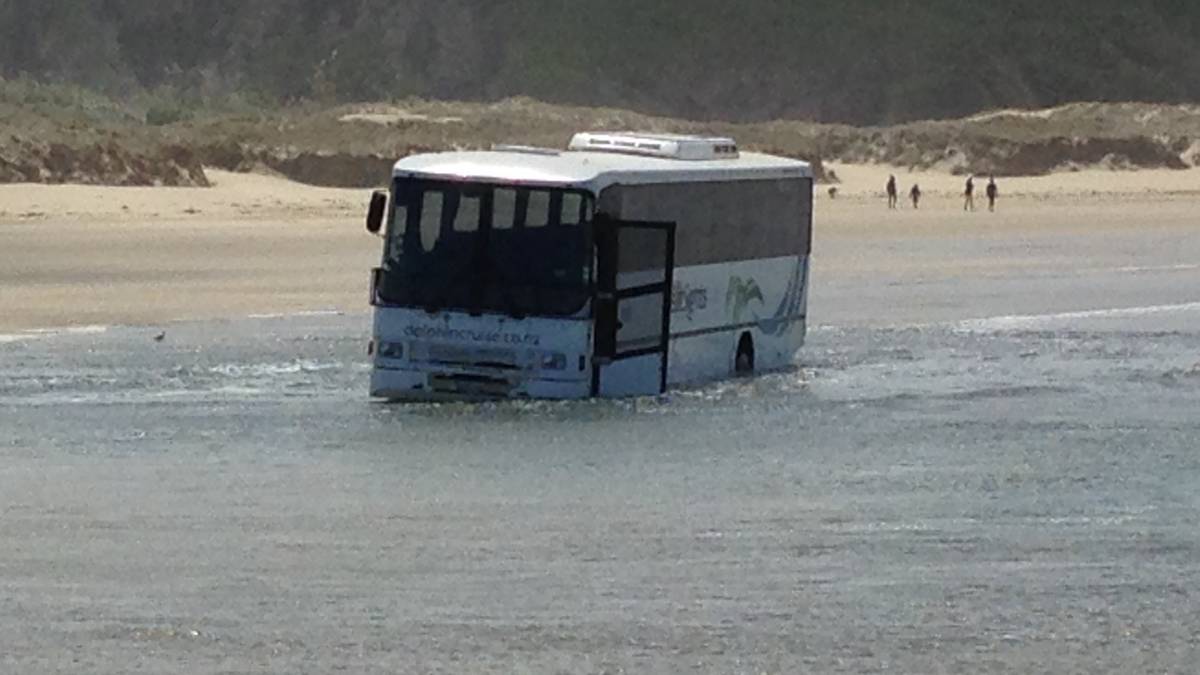 Tourists were unloaded after one of the five buses got stuck in the soft sand on Ninety Mile Beach. Photo / Anthony Mildren

Thieves stole dozens of boogie boards from a tour bus that got stuck in the sand on Ninety Mile Beach over the weekend.

The bus was on a tour organized by the Fullers GreatSights company and got into trouble driving along the beach shortly before 11 a.m. on Sunday.

Fullers GreatSights Bay of Islands general manager Charles Parker said yesterday the tourists had been transferred to other buses.

It was then that the driver of the stranded bus had moved away, awaiting the arrival of help, that he was targeted.

The bus had not yet been returned to the Bay of Islands base and the damage was being assessed by a contractor in the Far North.

Mr Parker said he was not sure of the total damage and had not yet taken an inventory of the stolen items.

However, he knew that at least 31 boogie boards and a first aid kit had been taken.

“None of the tourists were in danger – they were already gone. The driver left the bus while waiting for the excavators to arrive and that’s when it happened,” Parker said. .

Until he received a report of the damage and the stolen goods, the incident would not be reported to the police.