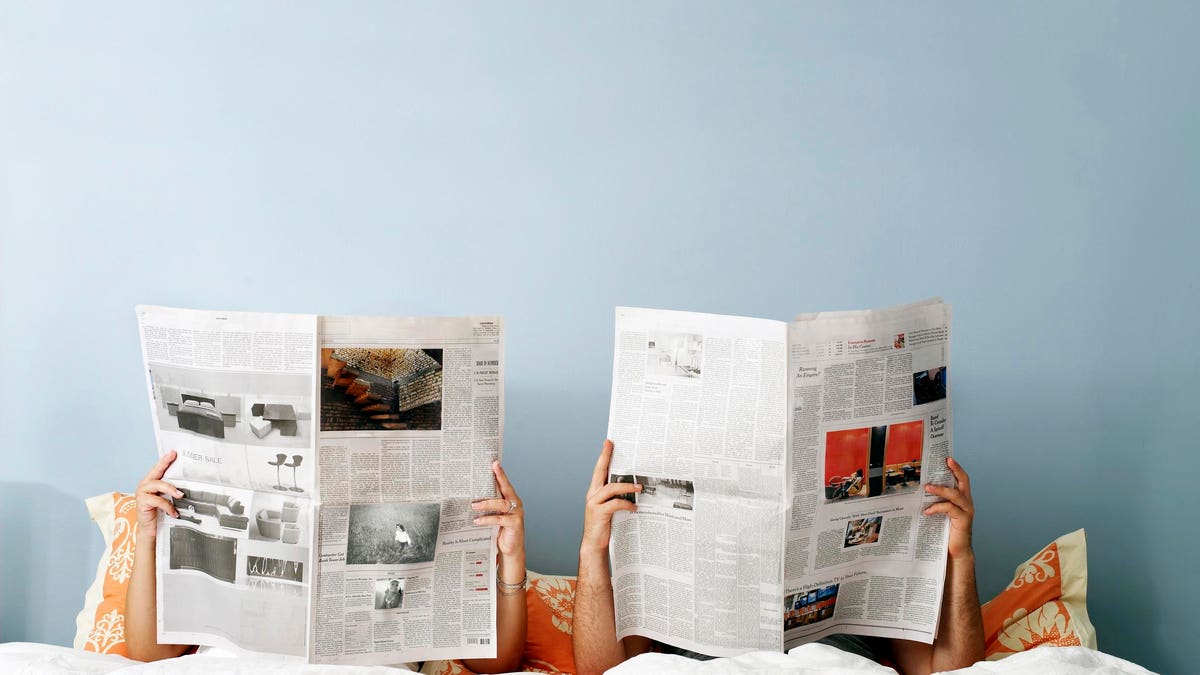 The past 18 months or so – more than any uninterrupted period in recent memory – has shown millions of people how important a strong information ecosystem is. National politics, for example, have probably never been more important to many Americans. We are always in the middle of a devastating pandemic, and even the simple pleasures we enjoy in life, from watching a movie in the theater to dining at our favorite restaurant and enjoying a public performance like a professional athletic competition – all of this is undergoing a radical change. Transitions that we rely on a vibrant press to chronicle and help us calibrate so we can better understand what’s going on.

In addition to the daily news regimen we all have, whether it’s our favorite newspaper in the morning or Twitter and media sites first and foremost and throughout the day, below you will find some recommendations on how to increase this news regime as well. With everything from informative email newsletters geared towards news junkies, podcasts and streaming content. Regarding the latter, we have a pair of new journalism-themed movie and TV suggestions, to complement the streaming recommendations. found in this previous post (which focused on movies and TV shows on Netflix, HBO, and Apple TV + that relate to journalism).

However, we’ll start things off with two email newsletters:

It can be argued that if you were to detach from the digital network all day and only check your phone at night when the Reliable sources newsletter arrives in your inbox, you will be up to date with the most important stories of the day that have the slightest connection to the media world. Pros: It’s both a quickly scannable, easy-to-digest newsletter, and it has the added bonus of containing a ton of content as well. From job changes among industry movers and shakers to a schedule of weekly big media news like earnings and streams, and much more. Downside: If you had to pick one thing here, the newsletter can often be quite political at the top. Which might put some people off if they try to avoid politics all day long. But, again, it’s also just the nature of things now, that you can’t talk about what’s going on in the media right now without getting to grips with some political narrative early enough.

Where Stelter goes for the width, meanwhile, Press run is ideal for depth. And for the perspective that Boehlert brings to the issues he writes about (each edition of the newsletter seems to focus on a few big topics – like recent interactions between the White House press corps and Jen Psaki, White House Press Secretary). In a world of pack mentality and beehive spirit, Press run almost always gives me something new to think about. As in the last edition where Boehlert asked why the press doesn’t demand that Trump “go away” the same way they did Hillary Clinton when she lost in 2016.

Here are two great news-focused podcasts to check out that are a bit off the beaten track (since shows from publishers like Axes and The New York Times tend to be among the most frequently suggested on these kinds of lists).

The twisted media What a day podcast is a breezy 20-minute summary of today’s big news. The hosts’ (comedian Akilah Hughes and journalist Gideon Resnick) the presentation style is “what Fox and his friends It would sound like it was hosted by two people whose parents read to them when they were kids. This is how the podcast gets known, and you kind of get the vibe pretty quickly. Like in a recent episode, when Hughes kicked Resnick over to explain why the CDC was backtracking on his mandate hides. Basically, he explained, it’s because “we’re in some (swear).” By the way, the podcast is available Monday through Friday starting at 5 a.m. EST and available on all major podcast platforms.

Lamp Tabloid, meanwhile, concerns gossip publications that “are not just guilty pleasures. They are revelators, electrified by the traps of culture: race, class, gender and politics. Season 2 delves into the vulgar side of Pamela Anderson and Tommy Lee’s messy romance.

This Netflix documentary tells about how dangerous a journalism profession can be in Mexico. Manuel Buendia was a renowned journalist working for a leading newspaper in Mexico City, when his relentless reporting exposing the corruption and misdeeds of powerful men resulted in him being gunned down outside his office in 1984. This is another in a list of fascinating and important journalism themed films that have been published in the past year.

This 6-part, half-hour documentary series arrives on HBO from Monday, August 2. It deals with the hardships and adventures of running a small private television station in a desert town just outside of Las Vegas. At first glance, it seems to have some sort of Office– feeling of style. Unless translated from a paper company to a television station. And, you know, the fact that it’s real.