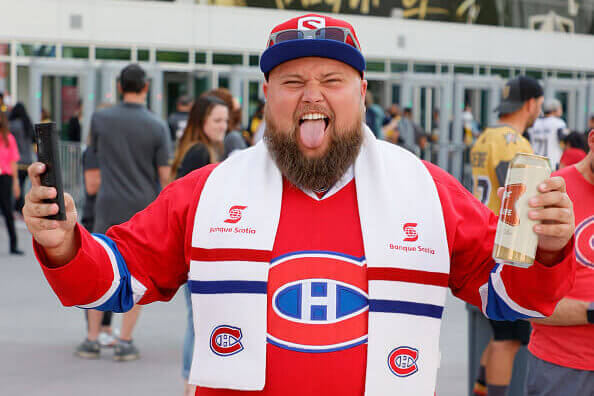 This week’s debate: We’re in Round 3, which means 15 teams haven’t made the playoffs, 12 have already been knocked out, and the remaining four haven’t even reached the final yet. Do fans have the right to be happy?

Opposed: No! It’s the NHL. You are happy when your team wins the Cup. Everything else is pathetic.

In favor: Not yet.

Opposite: Yeah, I know, we kind of broached this topic during that whole pity party you had a few weeks ago. But it always comes back. The Hurricanes came out in the second round, in a series where they had ice at home, and their fans cheered them on like they had accomplished something. What a bunch of losers, right?

In favor: Or maybe they were just happy to be back in a building where they could watch hockey together, and showing some appreciation for the team that helped make this happen.

In favor: I mean, a lot of them probably don’t, that was a while ago …

Opposed: Too bad. Ask a grandparent. The point is, when you’ve won 19 playoffs in a row once, you seem a little silly to be all excited about winning two.

In favor: Good God, is that where we set the bar now? It is going crazy. The Islanders haven’t even been eliminated, and we’re already pissed off that their fans are enjoying this playoff run?

Opposed: I think a former player like Whitney would know a thing or two about a winner’s mindset.